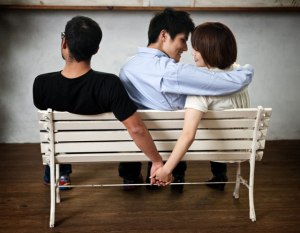 [Feel free to submit a question for this column, addressing it at massimo at howtobeastoic dot org.]

C. wrote: I have recently learned that my wife committed adultery and I am having trouble figuring out how to proceed. I have been married for 15 years (she is 40 and I am 35 years old), and we have four beautiful children that we love very much. Three years ago my wife had a sort of existential crisis. She started questioning whether it makes sense to be in a couple for a full life time nowadays. She also wondered whether monogamy actually worked. Suffice to say that in a less than Stoic way I told her that if she had these problems concerning marriage she should go consult a psychologist. I still regret not suggesting couple therapy, but since I was happy on my end I jumped to the conclusion that she must get help to figure out what she required to be happy.

It came to a point where she wanted no more physical affection on my part and she started getting back in touch with an old boyfriend. This greatly perturbed me because she used to be happy to stay home with me and the kids. Eventually, after seeing a psychologist a handful of times, she came back to me and told me all was resolved and that she had just been lost and that we could resume our marriage as it was before. She also told me she wanted another child (we had three at that moment). After a bit of back and forth I eventually relented, which I do not regret since I love my children very much.

While she was pregnant things started going badly again. A few months after giving birth to our daughter she started hanging out with her ex-boyfriend again. I started snooping on her, of which I am not proud, but I wanted some answers which I felt she was not giving me. After having found messages I found inappropriate to her ex-boyfriend I confronted her only for the tables to be turned on me and being told it was not okay to look into her things, that I should trust her, and that I was horrible for having looked into her private conversations. She then proceeded to lock me out of her phone and emails.

After some more time, a friend of mine once again awoke me to the issues in my marriage, which I brought to my wife’s attention, which in turn made her tell me she was unhappy that she did not know if she wanted to be with me anymore and that perhaps we could co-parent the kids but not be lovers anymore. During that phase I tried very hard to be a better husband, but she was getting increasingly hostile towards me. This continued until I found out that she had been unfaithful through my brother, who was told by a third party that spoke to my wife (this was very recently). When I brought this information to my wife she started by denying everything and telling me I should trust her. The next day, however, she came to me and confessed that she kissed him but nothing more. Since then she has shown very little remorse, she has apologized but by rationalizing to me that things weren’t going well anyways so it was not completely her fault that she did what she did.

After great reflection I understand how she may have tired of me, I have no ambition outside of my children and living a simple life. On my end I tried to make her happy by ensuring her ambitions were met, like having four kids, getting married, and buying a house, but then once that was all done suddenly she was not happy anymore. Now I am stuck not being able to answer questions like: should I stay or leave? Should I give her another chance and trust her again?What do you think a Stoic would do?

Wow, this is one complicated situation, it will require much practical wisdom for you to disentangle it, and there aren’t going to be any easy answers. Reading your letter (which was longer and more detailed in the original), it seems to me that three themes clearly emerge, and I suggest you focus your attention on them: first and foremost, your children, who are the innocent bystanders to your and your wife’s issues. They ought to be your priority, regardless of any other consideration. And that in turn will require you to exercise the virtues of justice (toward them) and courage (to possibly make difficult or unpleasant decisions in order to prioritize their welfare).

Second, your wife seems to be going through a midlife crisis. This is pretty normal, and so is her behavior, as distressing as it may be from your perspective. Here, of course, Marcus’ famous reminder to himself about how other people behave is very appropriate:

“Begin the morning by saying to yourself, I shall meet with the busybody, the ungrateful, arrogant, deceitful, envious, unsocial. All these things happen to them by reason of their ignorance of what is good and evil. … I can neither be injured by any of them, for no one can fix on me what is ugly, nor can I be angry with my kinsman, nor hate him.” (Meditations II.1)

Your wife, according to your description, has been ungrateful, arrogant, and deceitful. But she has done these things because of her lack of wisdom (the word translated above as “ignorance”), so she needs to be pitied and helped, not condemned. Moreover, as Marcus says immediately after, you should not allow yourself to be negatively affected — as difficult as it may be — precisely because you are trying to develop Stoic compassion for the failures of others, beginning with the people closest to you.

All of the above said, I actually think your initial suggestion for your wife to see a therapist was on the mark. She clearly does seem to need help, and a few sessions aren’t going to do it. (I recommend a REBT or CBT practitioner, of course, whose approaches are evidence-based and in line with Stoic philosophy.) That said, as you acknowledge, you should have also suggested couple therapy, as this is inevitably a couple issue, not just your wife’s.

Which leads me to the third theme: your lack of trust in her. Perhaps she does not deserve your trust, but your own account of things makes it clear that you have issues in that department. She is right that snooping around her things is not acceptable, regardless of your suspicions. Also, you appear to be a little too prone to listen to gossip, for instance from a third party you don’t even know, and who appears to have greatly exaggerated what actually happened. Trust within a couple is based on a feedback loop: the less you trust her, the more she will feel justified in distancing herself, possibly fulfilling your own prophecies of betrayal, which will in turn lead you to trust her even less, and so forth. If you love this woman, and if you really want to try to improve things, you need to break the cycle. As Seneca put it with regard to friendship, and as it applies just as much (indeed, even more) within a relationship:

“If you consider any man a friend [or partner] whom you do not trust as you trust yourself, you are mightily mistaken and you do not sufficiently understand what true friendship [or partnership] means.” (III. On True and False Friendship, 2)

Look, I’m with you on the crucial importance of not cheating, as I have explained here in response to some contemporary authors who seem to take a bit too much of a casual approach to the matter. Indeed, my first marriage ended because my wife betrayed me with my alleged best friend at the time. But not all betrayals are created equal, and neither are all couple dynamics. Your wife may be genuinely dissatisfied with her present life — perhaps along the lines you yourself have sketched near the end of your letter. Perhaps she is right that for some people, maybe including her, a lifelong commitment to the same person is untenable and leads to misery for all involved. In that case, your strong conviction that marriage has to last to the end of one’s existence may have to yield to the reality of the situation. The Stoics were nothing if pragmatic, and one of their main tenets was the necessity to willingly accept how reality is, instead of clinging to wishful thinking:

“If we try to adapt our mind to the regular sequence of changes and accept the inevitable with good grace, our life will proceed quite smoothly and harmoniously.” (Epictetus, Fragments 8)

Now, it is not, at the moment, inevitable that your relationship will end. Much is still under your control: you can try a fresh start with your wife, beginning by admitting your own limitations, your insecurities and somewhat unethical behavior; you can suggest couple therapy; and you can do your best (without trying to generate guilt!) to remind her of the importance of your four children. This may or may not work. You are like Cicero’s famous archer, who will do his best to shoot the arrow on target, but who will also accept with equanimity whatever outcome the universe has decided will occur. As Cicero would put it, to keep your marriage working is to be chosen, but not to be desired — meaning that you should try your best, but that you should also be ready to move on if the attempt turns out to be futile. Best luck to you and your wife, and especially your kids.

5 thoughts on “Stoic advice: my wife cheated on me, now what?”