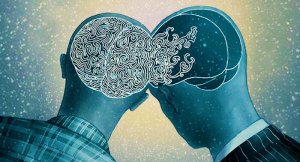 One of the persisting misconceptions about Stoicism is that it counsels the suppression of emotions. And yet, here is Seneca to his friend Lucilius:

“For one must indulge genuine emotions; sometimes, even in spite of weighty reasons, the breath of life must be called back and kept at our very lips even at the price of great suffering, for the sake of those whom we hold dear.” (Letter CIV. On Care of Health and Peace of Mind, 3)

Or consider these quotes:

“The first thing which philosophy undertakes to give is fellow-feeling with all men; in other words, sympathy and sociability.” (Letter V. On the Philosopher’s Mean, 4)

“Am I advising you to be hard-hearted, desiring you to keep your countenance unmoved at the very funeral ceremony, and not allowing your soul even to feel the pinch of pain? By no means. That would mean lack of feeling rather than virtue.” (Letter XCIX. On Consolation of the Bereaved, 15)

“It is possible for tears to flow from the eyes of those who are quiet and at peace. They often flow without impairing the influence of the wise man — with such restraint that they show no want either of feeling or of self-respect.” (Letter XCIX. On Consolation of the Bereaved, 20)

Having finally and permanently dispelled the myth (yeah, I’m in an optimistic mood today…) the question remains of how a Stoic should comport herself with respect to other people’s emotions: should we be sympathetic, empathetic, both, neither?

Difficult question, in part because there seems to be quite a bit of confusion about what sympathy and empathy are. I must admit at being puzzled when I read the entry for sympathy vs empathy in the Merriam-Webster online. It says in part:

“In general, ‘sympathy’ is when you share the feelings of another; ’empathy’ is when you understand the feelings of another but do not necessarily share them. … When a friend grieves over the loss of a loved one, you might send that friend a sympathy card. The card says that you are feeling sad along with your friend because your friend is grieving. … Empathy emphasizes the notion of projection. You have empathy for a person when you can imagine how they might feel based on what you know about that person, despite not having those feelings explicitly communicated. … The sentiment behind empathy is often presented in the familiar idiom to put (oneself) in another’s shoes.”

The M-W of course highlights that both sympathy and empathy are rooted in the Greek word pathos, meaning “feelings, emotion, or passion.” But the Stoics helpfully differentiated among involuntary emotional reactions (propatheiai), unhealthy emotions (pathē), and healthy ones (eupatheiai), while the modern meanings of both sympathy and empathy do not, since I assume they can apply to the full gamut of Stoic distinctions.

Also interestingly, the M-W says that sympathy is an old word, documented in the English language since the 16th century. Empathy, by contrast, is much more recent, and directly related to the rather novel science of psychology.

The M-W quotes John H. Dirckx as clarifying that “empathy has become a fad word for sympathy, though it was adopted expressly to mean something different from sympathy: ‘intellectual insight into another’s emotional state without sharing in it.'” (The Language of Medicine, 1993)

Confused? Wait, there is more. Recently, the psychologist Paul Bloom and, separately, my CUNY-Graduate Center colleague Jesse Prinz have made waves (and received quite a bit of criticism) because they have dared to question the received opinion that empathy is an unquestionably good thing.

Bloom summarized Jesse’s take in a New Yorker article: “Moral judgment entails more than putting oneself in another’s shoes. As the philosopher Jesse Prinz points out, some acts that we easily recognize as wrong, such as shoplifting or tax evasion, have no identifiable victim [and does no one to empathize with]. And plenty of good deeds — disciplining a child for dangerous behavior, enforcing a fair and impartial procedure for determining who should get an organ transplant, despite the suffering of those low on the list — require us to put our empathy to one side.”

The general argument put forth by Bloom is compelling. Quoting from the same article:

“Empathy has some unfortunate features — it is parochial, narrow-minded, and innumerate. We’re often at our best when we’re smart enough not to rely on it. … Imagine reading that two thousand people just died in an earthquake in a remote country, and then discovering that the actual number of deaths was twenty thousand. Do you now feel ten times worse? To the extent that we can recognize the numbers as significant, it’s because of reason, not empathy.”

Bloom cites studies on the demonstrable power of empathy, but also on its blindness to the suffering of victims that cannot be named or visualized — like the countless millions who will suffer in the future if we don’t do something right now about climate change. He points out that empirical research shows that reliance on empathy makes for bad policy, and pushes people toward retribution regardless of the broader consequences of their decisions.

He is not counseling a world without empathy. That would be a world of psychopaths, and we don’t want that, it wouldn’t be conducive to human flourishing. The ability to put ourselves in other people’s shoes is an important part of our humanity, it is what moves us to compassion toward the plight of others. But — according to Bloom and Prinz — for the purpose of moral decision making we ought to step back, set aside our own emotional reactions, and engage reason.

The Stoics would agree. Here are Seneca and Epictetus on the matter:

“[The wise man] will do willingly and highmindedly all that those who feel pity are wont to do; he will dry the tears of others, but will not mingle his own with them; he will stretch out his hand to the shipwrecked mariner, will offer hospitality to the exile, and alms to the needy — not in the offensive way in which most of those who wish to be thought tender-hearted fling their bounty to those whom they assist and shrink from their touch, but as one man would give another something out of the common stock — he will restore children to their weeping mothers, will loose the chains of the captive, release the gladiator from his bondage, and even bury the carcass of the criminal, but he will perform all this with a calm mind and unaltered expression of countenance.” (On Clemency, II.6)

“When you see anyone weeping for grief, either that his son has gone abroad or that he has suffered in his affairs, take care not to be overcome by the apparent evil, but discriminate and be ready to say, ‘What hurts this man is not this occurrence itself — for another man might not be hurt by it — but the view he chooses to take of it.’ As far as conversation goes, however, do not disdain to accommodate yourself to him and, if need be, to groan with him. Take heed, however, not to groan inwardly, too.” (Enchiridion 16)

So we can say that when Seneca and Epictetus tell their friends and students not to behave inhumanly, they are counseling a bit of empathy, as we understand the concept today. But the Stoic main focus — very clearly brought out in these last two quotes — is on sympathy. Modern psychology, once again, seems to confirm the Stoic intuition of what constitutes a well reasoned approach to things.

20 thoughts on “Sympathy, empathy, and how a Stoic should relate to other people’s emotions”