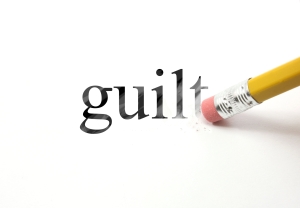 M. wrote: I’m 24 and have been following Stoicism for about 3 years. I made a mistake years ago the errors of my ways are now coming to be felt by me. When I was 15, just turning 16, I deceived someone by telling a lie and led them to believe what I was saying was true for years. The situation now is beyond the point of reconciliation between that person and I. They have expressed deep resentment towards me. Maybe knowing that I’ve hurt a person that much makes it harder for me to get over it. Since I’ve been following the Stoic teachings I’ve learned to reason more and rationalize less, which in turn, limits my mistakes. And even when I do make a mistake, I keep in mind the dichotomy of control and reflect every night to see if it’s something I can improve on next time. I know I shouldn’t dwell on the past, but when I abide within my own company the issue is always on my mind. Even though this was a mistake I made as an adolescent, I guess because I can’t see any way to justify my actions I’ve been struggling to get over it.

You already have the elements of an answer, but you have not (yet) been able to internalize them. Let’s start with the basic fact that the past is not under your control. Whatever you did, you did, and there is nothing you could possibly do now to undo it. That is why Seneca says:

“Souls that enjoy being sick and that seize upon excuses for sorrow are saddened by events long past and effaced from the records. Past and future are both absent; we feel neither of them. But there can be no pain except as the result of what you feel.” (LXXIV. On Virtue as a Refuge from Wordly Distractions, 34)

I hasten to add that this is not at all to say that you should fail to make amends for what you did, nor that you shouldn’t learn from your mistakes, in order to become a better person, every day.

I assume from what you write that you did try to make amends, at the very least apologizing sincerely for your lie, and possibly asking the injured party what you could reasonably do to repair the damage done. (If you did not, it is never too late.) But whether the other person accepts your offer, or your apology, is up to them, not to you. So long as you are doing the right thing now, that is all you should be concerned with, because that is all that within your power. Put otherwise: attempting a reconciliation, and doing your best to achieve it, is up to you; but actually achieving it, is not up to you.

In terms of learning from your mistakes, even though you don’t give details on the specifics of the incident, it sounds like you have thought about what happened over and over, and presumably learned a lesson from it.

Seneca, again, tells us that we should spend a significant amount of time reflecting on what we do and learning to be more wise: “How can a man learn, in the struggle against his vices, an amount that is enough, if the time which he gives to learning is only the amount left over from his vices? … We skim the top only, and we regard the smattering of time spent in the search for wisdom as enough and to spare for a busy man.” (LIX. On Pleasure and Joy, 10)

You say that you can’t see a way to justify your actions as an adolescent. You may be right. But that person isn’t who you are anymore, and moreover, you should be looking not for justifications, but rather for explanations (along the lines of your determination to reason, not to rationalize). Accept that whatever you did then was wrong, but also remember that modern cognitive science tells us very clearly that the teenage brain is growing fast, is immature, and — more importantly — is deficient in the so-called executive function, what Epictetus and Marcus Aurelius referred to as the hêgemonikon, our ruling faculty:

“Things stand outside of us, themselves by themselves, neither knowing anything of themselves nor expressing any judgment. What is it, then, that passes judgment on them? The ruling faculty.” (Meditations, IX.15)

“A will that never fails to get what it wants, a faculty of aversion that always avoids what it dislikes, proper impulse, careful purpose and disciplined assent. That’s the human specimen you should prepare yourselves to see.” (Discourses II, 8.29)

If your executive function is immature, then both in a legal sense and in the Stoic ethical sense you are less responsible for your judgments, including bad ones such as the one that originated this episode. Here is an article about the teen brain, and here is an interview with a neurologist who authored a whole book on the subject. Hopefully these will help you out a bit.

I’m bringing this up not so that you can use it as an easy excuse for yourself (“my brain may me do it!”), but because the Stoics understood that one needs to take into account how the world works, as well as people’s actual reasoning abilities, in order to arrive at sound ethical judgments.

What remains now for you to do is to internalize all of the above, by reflecting on it as long and as often as it is necessary. Forgive yourself, make amends and apologize if you have not done so already, learn from the experience in order to become a better person, and then move on with your life.

1 thought on “Stoic advice: what about guilt?”