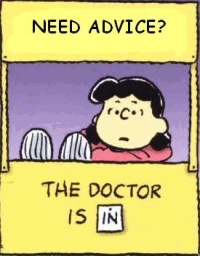 Z. from the UK writes: “I am 42 years old and I work as a senior manager in the arts. I have a good job in the sense that it pays well, it is varied, it has flexibility, it’s a short commute, and I generally work with people I get on with. Many people are envious of my work arrangements fitting so well around family life. For a long time I’ve felt slightly disillusioned working for someone else and have yearned to be brave enough to do my own thing (even though I don’t know what that is… I day dream about running my own bed and breakfast, but this is for later in life, as we aren’t in the position to afford a property of that size yet). The question I pose is this. Should I give up my current job and attempt freelancing? As a freelancer I may have more control over the work I do, which could give me some of the feelings of independence I yearn for. But I may struggle to find work or could end up doing similar work for a fraction of the income. Would the sense of ownership over my own destiny outweigh the negatives? I have always had a yearning for independence, but it has probably risen to the surface now as I don’t trust the CEO of the organization I work for or like the way she treats people.”

Your issue is a relatively common one among people of your age (in advanced countries of the Western world, should go without saying). Indeed, I went through something like that about a decade ago, at about the same age, a crisis that resulted in changing career from evolutionary biology to philosophy. And I am happy to report that it was a good choice. More on my own experience in a moment, if you dont’ mind.

From a Stoic perspective, though, and despite my own personal history, I would have to advice caution in making the move you are contemplating. To begin with, Epictetus is very clear about which sort of things are or are not under our control:

I believe getting a new job does not fall under the set of things under our control, while doing your best at your current job definitely does. Moreover, staying would afford you plenty of opportunities, from what you describe, to exercise at least two of the cardinal virtues: temperance (in dealing with your boss) as well as courage (in standing up to her when you feel it is sufficiently justified).

However, lest we risk sliding into the career equivalent of “quietism” (i.e., just shut up and put up), I hasten to say that the important thing here is to evaluate the balance of things between the two possible courses of action, an exercise in yet another cardinal virtue: prudence (in the sense of practical wisdom).

To begin with, you yourself say that people envy the job you have, and I take that’s not just because it allows you flexibility and pays well, it sounds like the sort of job you believe in, even though you don’t trust the current CEO of the organization. Those are all highly valuable aspects of your current situation, so I would think hard before giving them up.

On the other side of the ledger you have a fairly undefined and entirely conjectural situation: you are not sure what sort of job you would want, how to get it, or whether you’d be able to make enough money from it. This is where the fourth Stoic virtue comes in: justice. When they used that word the Stoics meant something like the necessity to treat other people fairly. So the question to ask yourself is whether giving up a satisfying, stable, and remunerative job for a highly uncertain alternative would be fair to your family (partner or spouse, kids, if you have them). And I’m not talking just in terms of potentially significantly worsen their financial situation, but also of likely burdening them with at least a temporarily strained relationship as a result of the stress caused to you and them by the new situation. At a minimum, you should honestly talk to them about your plans, giving them a reasonable assessment of the likely outcomes, and ask for their advice and support.

Here is where your situation seems to be different from the one I found myself in a decade ago. In my case I had few family ties at the time, and my switch from biology to philosophy was a deliberately slow affair (it took several years), during which I retained my former job until I was ready to cross over. And the new one actually paid better than the previous one and afforded me the same benefits and security.

This is not at all to say that you shouldn’t explore your options, and take the plunge, if you think it is the right move for you and your family. It is only to point out that your situation has a significantly higher degree of uncertainty, and therefore requires more wisdom to be handled.

One more thing: despite my rather “conservative” advice in this case, I wish to remind you of something that Seneca writes to Lucilius, about a situation that he attempted to endure like a good Stoic would.

In letter LVI, “On quiet and study,” Seneca complains about having to work in a noisy neighborhood, where the sounds from the street make it difficult for him to concentrate: “I have lodgings right over a bathing establishment. So picture to yourself the assortment of sounds, which are strong enough to make me hate my very powers of hearing! … Add to this the arresting of an occasional roisterer or pickpocket, the racket of the man who always likes to hear his own voice in the bathroom, or the enthusiast who plunges into the swimming-tank with unconscionable noise and splashing.”

He then attempts to use the situation as a way to exercise Stoic mindfulness: “But I assure you that this racket means no more to me than the sound of waves or falling water … For I force my mind to concentrate, and keep it from straying to things outside itself; all outdoors may be bedlam, provided that there is no disturbance within.”

Eventually, however, he simply finds the situation to be beyond his capacities to deal with. And moreover, he does have a ready alternative available: “‘What then?’ you say, ‘is it not sometimes a simpler matter just to avoid the uproar?’ I admit this. Accordingly, I shall change from my present quarters. I merely wished to test myself and to give myself practice. Why need I be tormented any longer, when Ulysses found so simple a cure for his comrades even against the songs of the Sirens?” (The latter is a reference to this story in the Odyssey.)

13 thoughts on “Stoic advice column: should I quit my job?”